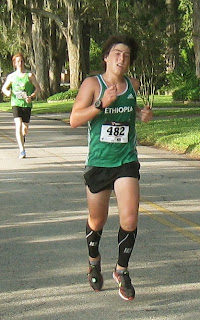 Before I begin, let me give some brief but whole-hearted thank you’s. Thank you to my extended family for coming out here to support me. Specifically, thank you to mom and dad, for giving your never-ending love and support to me; what I’ve achieved up till this point is entirely indebted to you two. Thank you to the teachers at Nease who have molded me into what I am today. Thank you to the men of Ronk City for being great friends. Thank you to the IB class of 2013 for keeping things interesting. Lastly, thank you to the senior class as well as everyone affiliated with Nease for making the ride extremely worthwhile. It’s been great.

Having ruminated over the contents of what I’m about to deliver, I’ve realized that speech writing is neither a practice in trying to be cute nor an effort to inflate one’s accomplishments. Rather, it is vehicle of inspiration. And as averse I am to arbitrarily labeling one as a bastion of wisdom, please lend me your ears as I glean what I’ve learned over the past four years and condense it for your consumption.

As a kid, my brain was always up in space – literally. Early on, I became fascinated with the cosmos; at night, I would tilt my head up towards the celestial show above and immediately become fixated by its expansiveness. What I saw transcended religion and race. Worries around me would melt away, and even the most pressing problems were reduced to trivial concerns. Immersed in the stars, my character was boiled down to its most real and essential elements. I felt comfortable. I felt safe.

Of course, the complexity of all our lives has expanded multi-fold since our idyllic childhoods. Emotional freedom wilted away as we stumbled towards achieving a self-made and self-desired image. Many of us were subjected to the archetypical high school experience, complete with small-town drama, suffocating vapidity, and social deviation. Our lives intertwined with others, our relationships became multi-faceted, and, for some, our characters degraded. Our existence started not to be marked by what we did or who we were, but by what others wanted us to be. So are the perils of growing up.

Personally, I learned that a human cannot be reduced to the three numbers in a grade-point average. Being able to game a system wasn’t a reflection of who I was or what I strived to be; it was a mere response to being thrust into a structure where success was based on a hierarchy. Unfortunately, this hierarchical conception got to me. I found myself to be a cog in a machinery that I previously disavowed. For a long time, I exuded a brand of rampant and implacable competiveness and intellectual elitism that, as I stand here today, I deeply regret – to the point where it makes me a little bit ashamed of being salutatorian.

You all, like I, probably have similar anecdotes of when you may have crumbled under societal constraints and morphed into something you never desired to be. Escaping such molds is, admittedly, a hard task; we do live in the 21st century, where day-to-day life isn’t quantified by the happiness we accumulate, but by the likes and retweets we accrue. Living in the modern age has come to revolve around perpetuating fake and contrived personalities in order to achieve higher social standing. And with this, many of us find ourselves at a turning point; we near romanticized adulthood, where we will find our lives become a pendulum between hedonism and nihilism, punctuated with malaise and self-loathing. We’ve got a tumultuous road ahead, there’s no doubt about that. Some of us will blindly try to carve out a quixotic career arc. Others will be tempted to embark on a self-destructive trajectory. Needless to say, this is all part of the journey. Success and, most importantly, our life’s purpose needn’t be defined by any single moment or experience. Let it all coalesce into what you want it to be.

Recently, I gazed at the stars during a perfect night. It felt like visiting an old friend, except this time I was rewarded with infinitesimal beauty. For a moment, I was floating. I imagined looking back at Earth, a light blue speck suspended in the enveloping fabric of space. There, I realized that we live a somewhat scary yet beautiful existence. Each day, we’re presented with multitudinous possibilities; and it’s entirely up to us to seize them. You all are beautiful people, or as Lil B would say, “golden million dollar babies.” And you all are capable of achieving beautiful things – regardless of what you have done in high school. Thank
Posted by Ron Abate at 7:41 PM No comments: